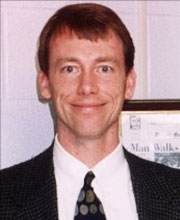 Jeffrey Sikkenga is associate professor of political science at Ashland University, an Adjunct Fellow of the Ashbrook Center, and senior fellow in the Program on Constitutionalism and Democracy at the University of Virginia. He is deeply interested in the relationship between politics and religion in liberal democracy and America in particular. He has published articles and reviews in journals such as Political Theory, History of Political Thought, Journal of Politics, Journal of Markets and Morality, and Religion and Liberty. He co-edited History of American Political Thought (Lexington Press, 2003), edited Transforming American Welfare (1999), and co-wrote The Free Person and the Free Economy (2002). He is currently working on a book on the natural right to freedom of religion in the political thought of John Locke and the American Founders, exploring the foundations and political implications of religious liberty as a human right.   Dr. Sikkenga holds a M.A. and Ph.D. from the University of Toronto.